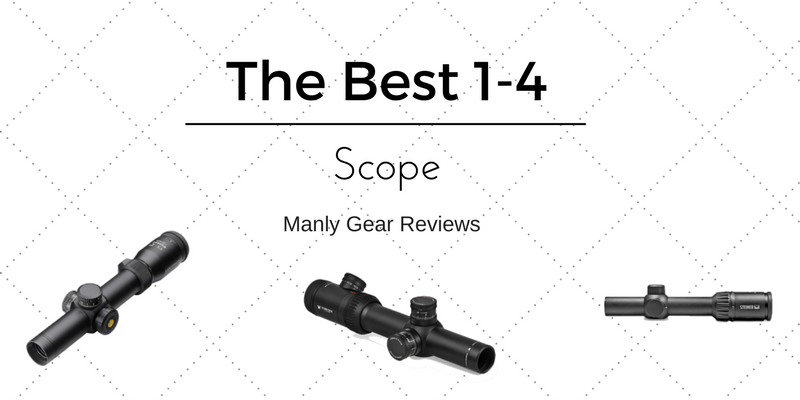 1-4 style optics were the first to really question if a red dot was necessary. They’ve had many years to mature at this point. So what is the best 1-4 scope you can buy today?

We have found the Vortex Viper PST 1-4×24 to be the best all around 1-4 scope when considering quality, value and budget. See where the other excellent 1-4 optics stack up by scrolling below.

Before the 1-4 scope was introduced you were forced to run a red dot with a magnifier setup. There was a couple reasons why this was not ideal for most shooters. For one, expense was greatly increased. For a decent red dot and magnifier setup you were looking at around $700 assuming quality mounts. Don’t get me wrong, a flip up magnifier setup still has its place but for 99% of shooters a 1-4 will fulfill that role better and maybe even cheaper. 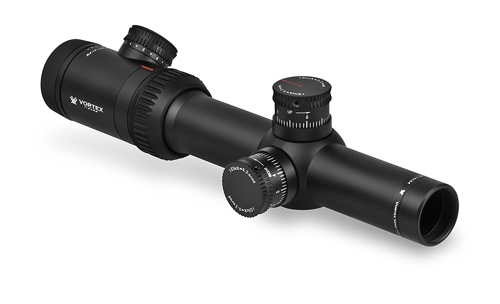 The year leading up to the release of the Vortex PST series scopes was filled with many expectations. Many would echo that the PST was suppose to be a “Nightforce Killer” or it would punch far above its price tag. While it certainly is no “Nightforce Killer” it also is about 1/3rd of the price.

The Vortex Viper PST 1-4×24 rifle scope was one of the first affordable 1-4 class optics that was worth buying. The reticle is fantastic. Exposed turrets for those that prefer to dial and glass quality that gives much more expensive scopes a good run for their money. The eye-box is fantastic and the scope gives a true 1x on the low end.

The illumination is daylight bright but during mid day shoots it can get washed out a bit when its especially bright outside. Luckily the reticle is very pronounced and easy to use without any illumination. All this is of coarse backed by Vortex’s killer no-fault warranty. When considering price and performance, the Vortex Viper PST 1-4×24 is the best 1-4 scope you can get for the money. 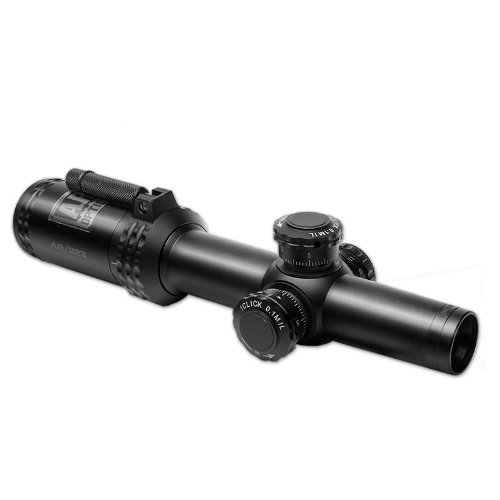 The Bushnell BTR 1-4×24 is a newer 1-4 scope that is jam packed with features. The Bushnell BTR is a first class example of trickle down technology. Exposed mil turrets, an integrated throw lever, great glass and illumination all coming in well under $250.

Aside from the obvious features, one thing that sets the Bushnell BTR 1-4 scope apart from the rest in its price group is the fact that it has an FFP reticle. Having an FFP reticle basically makes it so the shooter can utilize the holdovers built into the reticle at any power and not just max power. It’s debatable whether FFP is really needed on these lower powered optics but if it is something you would like to have or try out the Bushnell BTR is an inexpensive way to do that.

Considering all the features that come with the Bushnell BTR FFP 1-4×24 it is the best budget 1-4 optic you can get.

Some of you are probably wondering who the heck is Meopta and why do they think they can sell a scope for around a grand. Meopta is a European based company that has been making some kick ass scopes for years. Their high end Meostar and Tactical line are commonly rebadged for other scope makers.

So why is this Tactical ZD 1-4×24 the best tactical 1-4 scope you can buy? Three reasons: durability, optics, illumination. Build quality on these are phenomenal. Robustness is right up there with Nightforce.

Optics and illumination are where this unit really separates itself from the pack. The optics are the best I’ve ever seen on a 1-4 scope. Yes, even better than the $2k Elcan. The 1x is a true 1x and the 4x is so dang clear you can’t help but smile when looking through it. The illumination is class leading. The lower powers are perfect for morning or dusk hunts while the mid and upper range of illumination are 100% day light bright with not flaring of the dot.

If you want the best tactical 1-4 scope, look no further than the Meopta Tactical ZD 1-4×24. 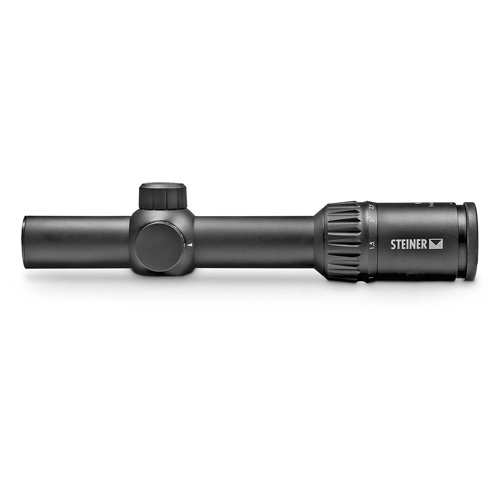 The Steiner P4Xi 1-4×24 is one of the newer 1-4x optics of this group. For those of you who don’t know, Steiner makes the majority of their optics in either Germany or the USA. In the case of the Steiner P4Xi, the scope is made in Colorado with glass that was made in Germany! At this price point that is unheard of.

The Steiner 1-4 has incredible glass as you probably expected being from Germany. The eye-box and magnification ring also stand out for being very forgiving and easy to turn respectively. Illumination is day light bright and very usable. So why didn’t this scope win best overall? For many people the reticle isn’t their first choice but as with anything I’m sure with extended use one could adapt to it and become quite proficient.

If the reticle doesn’t bother you then you’d be hard pressed to get a better 1-4 scope for the money than the Steiner P4Xi 1-4×24. 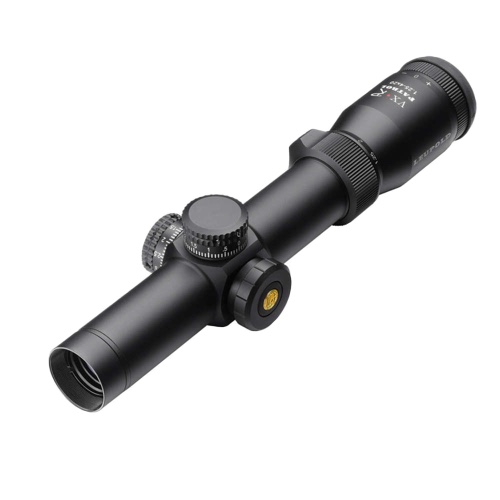 Last but not least is the Leupold VX-R 1.25-4×24 Firedot. Leupold introduced the VX-R line probably 6 years ago and hit a home run with it. The VX-R patrol 3-9 were a budget go-to scope in the long range community for years. So where does the VX-R 1.25-4 stand up today?

The Leupold is a good scope that has a couple downfalls when compared to the rest of the scopes on this page. The elephant in the room is of coarse the low end power of 1.25x. Every other optic on this list is a true 1x or damn near close to it. Glass quality is good, probably on par with the Viper PST, but no where near that of the Steiner or Meopta.

Enough with the bad, where does the VX-R shine? For starters the Firedot system is absolutely awesome. The illumination is extremely bright and easily daylight capable. The exposed turrets have a good feel to them and are still enough to not move unintentionally. The cherry on top is of coarse the superb customer service from Leupold.